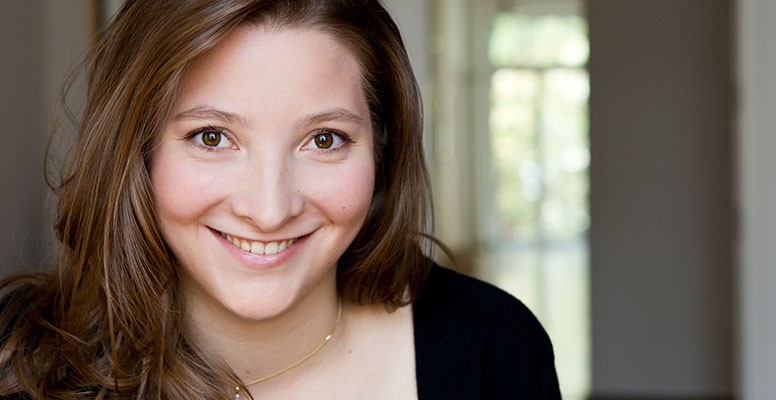 Halifax, NS – German virtuoso pianist Leonie Rettig brings her “golden sound” to Symphony Nova Scotia for a performance of Ravel’s Piano Concerto in G on Thursday, October 29 at 7:30 pm at the Rebecca Cohn Auditorium in Halifax.

Leonie Rettig has been delighting audiences and critics throughout Germany since she gave her first recital at the age of 14 in 2007. After her debut, the German paper Der Teckbote asked, “How can such a young artist unfold such a perfectly formed soundscape?”

Praise from other German media includes:

Symphony Nova Scotia’s Maestro Bernhard Gueller, who will conduct the concert, agrees. “She is an extremely talented, wonderful player,” he says.

“This will be my first time performing with her, and I am very happy that we were able to bring her here.”

This will be Leonie’s first performance with Symphony Nova Scotia, and her Canadian debut. Together with the orchestra, she’ll perform Ravel’s breathtaking Piano Concerto in G, a fantastically colourful work famed for its brilliant melodies and heartbreaking slow movement. This concert marks the orchestra’s first performance of this work in almost a decade.

“Ravel’s Piano Concerto in G is one of my favorites,” says Leonie.

“The second movement is simply divine! And being given the opportunity to perform this with Maestro Gueller, whom I have known for many years, is a dream come true.”

Leonie decided to pursue music professionally at the age of 15, when she enrolled at Hanover’s College of Music and Drama. Since then she has performed all over Germany, as well as in Italy, Portugal, South Africa, and Ukraine. She identifies most closely with the work of Franz Liszt, but she has also performed works by Bach, Rachmaninoff, Brahms, and many others.

Along with the Ravel Concerto, the orchestra will also perform Beethoven’s energetic Symphony no. 2. The full concert program includes:

This concert is almost sold out, so get your tickets now! Tickets start at $30 (HST included), and are only $16 for under-30s. Or, you can pick up a ticket package and save up to 35%. Tickets are available at the Dalhousie Arts Centre Box Office (6101 University Avenue, Halifax), 902.494.3820, or online at symphonynovascotia.ca.

About Leonie Rettig
From the time she gave her first solo recital at the age of 14, the young pianist Leonie Rettig has delighted audiences and critics with her full-bodied, singing piano tone, musically accomplished and technically ambitious concert programs, and highly virtuosic yet totally natural approach to her instrument.
The press was particularly struck by her exceptional command of the keyboard, and her golden touch: “What the young pianist Leonie Rettig brought to… her programme in terms of technical mastery, imaginative shaping, attention to detail, and profound understanding of the performing tradition was amazing in itself. But how can such a young artist unfold such a perfectly formed soundscape?” (Der Teckbote, 2007).

Leonie made an early decision to pursue a professional career, studying with Vladimir Krainev at Hanover’s College of Music and Drama at the age of 15.
Concert invitations have taken the young pianist to such events as the Schleswig-Holstein Music Festival, Klassik in Spandau, the Oberstdorf summer music festival, the Haigerloch Schlosskonzerte, the Leipzig summer piano festival, and the international chamber music festival at Viana do Castelo. Leonie has played in Italy at the Accademia Tedesca Villa Massimo in Rome and elsewhere. Recitals have also taken her to Portugal, South Africa, Ukraine, and Switzerland.
She made her orchestral debut at the age of 14 in Edvard Grieg’s Piano Concerto, playing further concerts with the Nürnberger Symphoniker and the Landeskapelle in Eisenach.