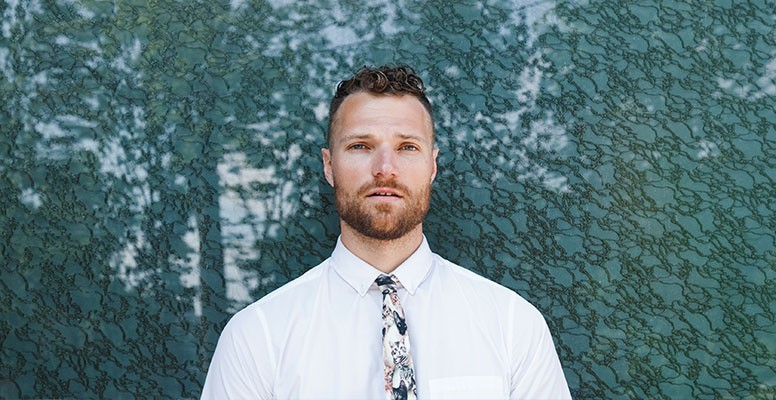 Halifax, NS – Halifax’s own indie-pop superstar Rich Aucoin teams up with Symphony Nova Scotia for a massive musical extravaganza as part of the Halifax Pop Explosion!

Featuring an expanded orchestra, 20-voice choir, surprise special guests, and an incredible lineup of music, this once-in-a-lifetime concert experience is happening Friday, October 23 and Saturday, October 24 at 7:30 pm at the Rebecca Cohn Auditorium in Halifax.

Rich Aucoin is known the world over for his legendary live show, and he’s been acclaimed as Nova Scotia’s “foremost experimental-pop performer” (The Coast). His music blends indie-rock, pop, and electronic influences, and his concerts are boisterous, exuberant carnival spectacles.

For his Symphony mash-up, Rich will take a new approach, replacing his trademark parachute and confetti with maximum musical impact. Joining him onstage will be Symphony Nova Scotia’s expanded orchestra, plus a 20-voice choir, a band, three saxophonists, four percussionists, and a piano.

“After attending Symphony Nova Scotia performances since I was a kid, I’m very honoured to play with such a great symphony,” says Rich.

“I’m looking forward to performing with these incredible musicians and will try to make the most of their talents with un-amplified and non-electronic but yet very modern arrangements of my music for us to perform together. I’m very lucky to live at a time where this type of performance is even possible, and with a progressive community that embraces it.”

Conducted by Martin MacDonald, the concert features brand-new orchestral arrangements of Rich’s music, arranged by Rich himself in collaboration with Halifax’s own David Christensen.

The lineup includes music from Rich’s Polaris-nominated 2011 album We’re All Dying to Live as well as his critically acclaimed and multi-award-nominated 2014 release, Ephemeral. Songs include:

Get your tickets now! Tickets for both shows begin at $30 (HST included), and you can save up to 35% by purchasing a ticket package. Tickets are available at the Dalhousie Arts Centre box office (6101 University Avenue, Halifax), 902.494.3820, or online at symphonynovascotia.ca. 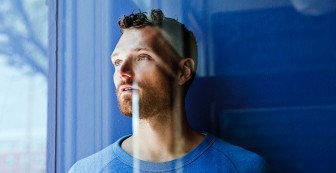 On his most recent album, Ephemeral, indie-rock musician Rich Aucoin takes his past several years of relentless worldwide touring – from a small town in France, a giant festival in Europe, or even a beach party in Madagascar – and distills all of the big ideas philosophy majors like him love to ruminate on into 10 sharp dance-pop songs all pointed toward the same goal: to gather the things that keep us afraid and apart, and use them to pull us together.

Everything Rich does feeds into something else, his whole life an endless connected mass of roots, needing air and water and a light show to really be seen. There are songs that match videos that stop in time for the parachute to unfurl – with so many devoted and curious fans getting under them now that Rich has to custom-order them for size. “He’s already holding stadium-calibre, interactive live spectacles in the confines of clubs,” marvelled CBC Radio 3’s Grant Lawrence in 2012. “Imagine what this Halifax electro-imagineer could do in a hockey arena?”

“The power of his music that makes people want to dance, is that it’s a combination of the music, and what he’s doing on stage,” says comedian and ex-roommate Mark Little. “It’s not a plea for people to dance, but it’s kind of a persistent ‘Dance, dance, don’t forget to dance.’ I’ve never seen it work before. He gets people to dance when they wouldn’t normally dance – it’s the same quality that makes you not-annoyed with his positivity.”

Despite his seemingly superhuman abilities – “I think he has it in his head that he wants to do one memorable thing every day,” says Little, “which I think is insane.” – Aucoin has experienced the same loss and doubt as any other person. On the deceptively upbeat song “Four More Years” he lays out the toll an outsized life can take on the heart beneath it: “I’m alone so much/what good are friends you cannot touch.”

Ephemeral was inspired by the story of The Little Prince (it runs in synchronization with the 1979 claymation film version). “This album was written to explore the same concepts and theme contained in Antoine de Saint-Exupéry’s densely filled children’s novella; themes of the ephemerality of human existence, the absurdity of life, the values placed upon the pursuit of power, wealth, and knowledge,” says Rich. “Isolation and relationships are a big focus in the book and the record and the realization that our relationships are the most important part of our short existence.”