The Canadian-born Hamelin is one of the world’s great piano virtuosos, with a tireless international touring schedule and rave reviews from across the globe.

He’s been called “an international treasure” (New York Times) and “a paragon of virtuosic refinement” (Boston Globe), with “legendary technique” (Gramophone) and “supernatural control” (The Telegraph).

“I have been to Nova Scotia many times, and am really looking forward to performing with this wonderful orchestra again – especially the Brahms Second Concerto, which is very much at the top of my list of concertos to play,” says Hamelin.

“It will be a really special experience performing this endlessly rewarding piece with Maestro Gueller and Symphony Nova Scotia.”

Hamelin has an extensive discography of over 50 CDs, some of which feature his own critically acclaimed piano compositions. He is a ten-time Grammy nominee, a member of the Gramophone Hall of Fame, and the winner of a lifetime achievement award from the German Record Critics’ Association.

In this performance, Hamelin will perform Brahms’ Piano Concerto no. 2, a thundering, massive work that’s been a favourite in the classical repertoire since its premiere in 1881. Under the direction of Maestro Bernhard Gueller, Symphony Nova Scotia will also perform Brahms’ Symphony no. 3, beloved for its drama, subtlety, and musical depth.

Both concerts will feature a pre-concert chat at 6:45 pm in the Sculpture Court (just outside the audience) with local music lecturer and former CBC host Adrian Hoffman. After the concerts, the audience is invited to stay in the auditorium and meet Hamelin and Maestro Gueller in a free post-concert Q&A.

Tickets are available now! Prices start at $30 (HST included), or you can pick up a ticket package and save up to 30%. Plus, under-30s pay only $16 per ticket with the TD Under-30 Access Pass (available free of charge at the box office). Call 902.494.3820 or visit our website at symphonynovascotia.ca. 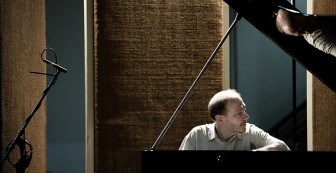 About Marc-André Hamelin
Marc-André Hamelin is ranked among the elite of world pianists for his unrivaled blend of musicianship and virtuosity in the great works of the established repertoire, as well as for his intrepid exploration of the neglected music of the 19th and 20th centuries.

Hamelin opened 2015/16 performing the Ravel Concerto for Left Hand at the BBC Proms and went on to perform with the London Philharmonic and Vladimir Jurowski at the Alte Oper Frankfurt (Liszt Totentanz and Rachmaninoff’s Paganini Variations) and again later in the season at the Royal Festival Hall for performances and recording of Rachmaninoff Concerto no. 3 and Medtner Concerto no. 2. He has toured North America with the Budapest Festival Orchestra and Iván Fischer to Carnegie Hall, the Kennedy Center, and the Maison symphonique de Montréal. He has a three part residency at the Muziekgebouw in Amsterdam, and debuts at the Teatro alla Scala with La Scala Orchestra led by Jakob Hrusa.

Recent orchestral appearances in North America include the Toronto, Los Angeles Chamber, Manitoba, National Arts Centre, Quebec, San Diego, and Edmonton symphony orchestras. In addition to the London Philharmonic, in Europe Hamelin appears with the Berlin Radio Symphony, the Hallé, the Lucerne Symphony, and the Orchestra della Svizzera Italiana in repertoire ranging from Mozart to Brahms, Ravel, and Messiaen.

Hamelin records exclusively for Hyperion Records with a discography of over 50 recordings. He recently received his tenth Grammy nomination for the Shostakovich Piano Quintet with the Takacs Quartet. Other recent recordings include a double disc of Mozart Sonatas, Debussy Images and Préludes Book II, Haydn concertos with Les Violons du Roy, three double-disc sets of Haydn sonatas, and an album of his own compositions, Hamelin: Études, which received a 2010 Grammy nomination and a first prize from the German Record Critics’ Association. The Hamelin études are published by Edition Peters.

Born in Montreal and a resident of Boston, Hamelin is the recipient of a lifetime achievement award from the German Record Critic’s Association. He is an Officer of the Order of Canada, a Chevalier de l’Ordre du Québec, and a member of the Royal Society of Canada.