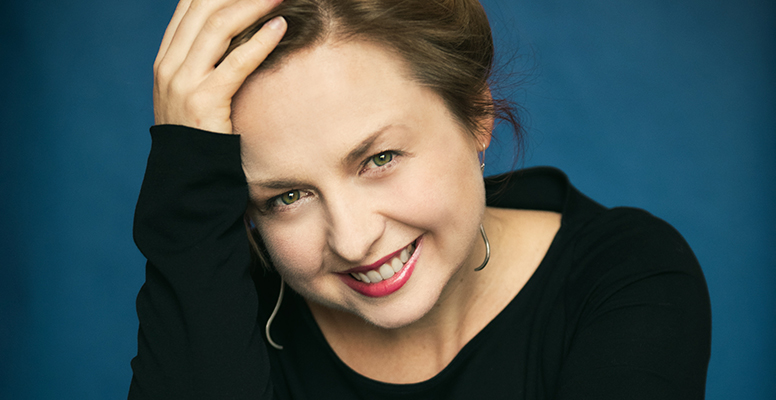 • “Holly was the most engaging conductor I have ever seen.”
• “Holly’s exuberance, energy, and musical intelligence wowed the audience and made them fall in love with her.”
• “Holly is a gem to value and remember.”
• “The Symphony with Holly was wonderful – I was able to lean back, relax, and enjoy! Bring her back!”
– Audience reviews, 2018

“I’m delighted to be returning to Halifax,” says Holly. “It is such a beautiful city, and as a New Zealander of Scottish heritage, the Canadian culture and landscape feel very comfortable and familiar.

“It is a powerful work set between two shining, optimistic pieces by Mozart and Brahms, which – like the final lines of Rebecca’s text – leap forward into the future with tremendous positivity.”

Holly Mathieson was, until recently, Assistant Conductor at the Royal Scottish National Orchestra and Resident Conductor within the National Youth Orchestra of Scotland Orchestras. She currently holds positions as Artistic Director of Rata Music Collective and Co-Artistic Director of the Nevis Ensemble.
A passionate communicator with crystalline technique and a collaborative approach, Holly has won plaudits in all forms of music direction, from opera and ballet to full-scale symphonic programs.

Holly is based in Glasgow, Scotland, where she previously held the prestigious Leverhulme Fellowship at the Royal Conservatoire of Scotland. She holds a PhD in Music Iconography, and in 2016, she was named as one of New Zealand’s Top 50 Women of Achievement.

In this concert, Holly and the orchestra open with Mozart’s vivid, energetic Symphony No. 34. Mozart was just 24 when he composed this festive piece, writing it in a matter of months, and then premiering it in 1780 to great audience acclaim.

Then, Symphony Nova Scotia welcomes Rebecca Thomas to the stage to perform Laura Sgroi’s We’re Not Done Drumming. Combining orchestra and spoken word, this new work was co-commissioned by Symphony Nova Scotia and the Kitchener-Waterloo Symphony. Rebecca writes of the piece: “Indigenous people are still here. In addition to the survival of Indigenous peoples, the culture and languages of many continue to thrive. Though it can never be what it was, there is hope that we can move forward.”

Then, for the concert’s grand finale, Holly leads the orchestra in Brahms‘ warm, lush, and radiant Second Symphony, a work that Brahms’ close friend Clara Schumann described as “merry and tender.” He sketched the work during the summer of 1877, while on a lakeside vacation in Austria, and the completed symphony reflects a tranquil, relaxed radiance.