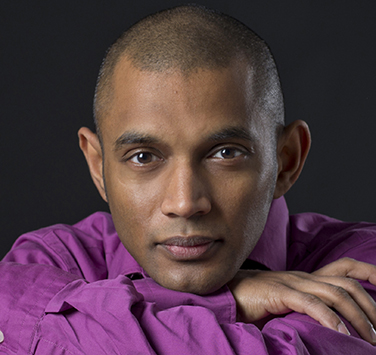 Sri Lankan-born Dinuk Wijeratne is a JUNO, SOCAN, ECMA, and Masterworks-winning composer, conductor and pianist who has been described by the New York Times as “exuberantly creative” and by the Toronto Star as “an artist who reflects a positive vision of our cultural future”. His boundary-crossing work sees him equally at home in collaborations with symphony orchestras and string quartets, Tabla players and DJs, and takes him to international venues as poles apart as the Berlin Philharmonie and the North Sea Jazz Festival.

Having grown up in Dubai, Dinuk studied composition at the Royal Northern College of Music (UK), and was subsequently invited to join the Juilliard studio of Oscar-winner John Corigliano. Conducting studies followed at Mannes College under David Hayes, and doctoral studies with Christos Hatzis at the University of Toronto.