Ehnes teams up with renowned pianist Andrew Armstrong for virtuoso showpieces by Handel, Beethoven, and more

Halifax, NS – Canada’s own James Ehnes, one of the highest-ranked violinists living today, comes to Halifax for a virtuoso recital performance on Tuesday, November 1 at 7:30 pm at the Rebecca Cohn Auditorium.

The concert is part of Ehnes’ 40th-birthday cross-Canada tour, featuring stops in every Canadian province and territory. A previous tour stop in Halifax for the 2016 Scotia Festival of Music was a sold-out audience sensation, and while this concert will encore some works from that performance, it will also include an all-new lineup of violin showpieces.

“As the milestone of my 40th birthday approached, it struck me that I could give myself and my family no better gift than the opportunity to explore this great nation from west to east, north to south,” says Ehnes.

“I am proud and honoured to have the opportunity to perform on this tour in every province and territory, and to share what I consider to be some of the very greatest music from 300 years of history in combination with wonderful music of today, including a work written specially for this tour by my great friend and mentor, Bramwell Tovey.

“I am also extremely grateful to have the opportunity to express through music my gratitude to Canada and Canadian music lovers for all the support I have received throughout my career.”

Ehnes is one of the most celebrated violinists living today, and regularly performs with some of the top orchestras in the world. He’s been praised as “effusively lyrical and hair-raisingly virtuosic” (The Guardian), has won multiple Grammy and Juno Awards, and plays an $8 million Stradivarius violin.

A highlight of the program will include a new work entitled Stream of Limelight, written by award-winning Canadian composer Bramwell Tovey, who also serves as Music Director of the Vancouver Symphony Orchestra.

“When James approached me for a work for his 40th birthday tour, I was delighted to celebrate our musical partnership in this way,” says Tovey.

“We go back over a quarter of a century and first met in Winnipeg when James was only 13. For the recital tour, without giving too much away, I have the chance to test his formidable technique and the way in which it is allied to an unerring musicality.”

This performance is one of the final dates on Ehnes’ cross-Canada tour, which began in April 2016 and has received rave reviews nationwide. Media acclaim includes:

A CD featuring the tour program James [email protected]: The Canadian Tour will be available exclusively to recital audience members.

Please note: this concert does not feature Symphony Nova Scotia, and the first half of this program is the same as the one performed in May 2016 as part of the Scotia Festival. James Ehnes will also appear in Halifax in May 2017 with the National Arts Centre Orchestra, performing Sibelius’ Violin Concerto. For more details, click here.

Don’t miss this opportunity to see a Canadian superstar performing live right here in Halifax! Single tickets begin at $30 (HST included), or you can save 10% in a ticket package. Tickets are available at the Dalhousie Arts Centre box office (6101 University Avenue, Halifax), at 902.494.3820, or online at symphonynovascotia.ca. 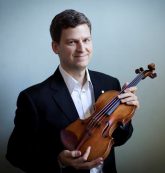 Known for his virtuosity and probing musicianship, Canadian violinist James Ehnes has performed in 37 countries on five continents, appearing regularly in the world’s great concert halls and with many of the most celebrated orchestras and conductors. In addition to his solo work, he is also First Violinist of the Ehnes Quartet and the Artistic Director of the Seattle Chamber Music Society.

Ehnes was born in 1976 in Brandon, Manitoba. He began violin studies at the age of four, and at age nine became a protégé of the noted Canadian violinist Francis Chaplin. He studied with Sally Thomas at the Meadowmount School of Music and from 1993 to 1997 at The Juilliard School, winning the Peter Mennin Prize for Outstanding Achievement and Leadership in Music upon his graduation. Ehnes first gained national recognition in 1987 as winner of the Grand Prize in Strings at the Canadian Music Competition. The following year he won the First Prize in Strings at the Canadian Music Festival, the youngest musician ever to do so. At age 13, he made his major orchestral solo debut with the Orchestre symphonique de Montréal.

He has won numerous awards and prizes, including the first-ever Ivan Galamian Memorial Award, the Canada Council for the Arts’ Virginia Parker Prize, and a 2005 Avery Fisher Career Grant. He has been honoured by Brandon University with a Doctor of Music degree (honoris causa) and in 2007 he became the youngest person ever elected as a Fellow to the Royal Society of Canada. In 2010 the Governor General of Canada appointed him a Member of the Order of Canada, and in 2013 he was named an Honorary Member of the Royal Academy of Music in London.

Ehnes has an extensive discography of over 40 recordings featuring music ranging from J.S. Bach and Antonio Vivaldi to John Adams and Aaron Jay Kernis. His recordings have been honoured with many international awards and prizes, including a Grammy, a Gramophone, and eleven Juno Awards.

Ehnes plays the “Marsick” Stradivarius of 1715. He currently lives in Florida with his wife and children. 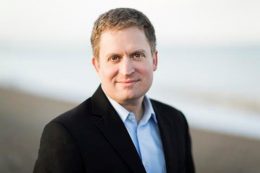 Praised by critics for his passionate expression and dazzling technique, pianist Andrew Armstrong has delighted audiences across Asia, Europe, Latin America, Canada, and the United States, including performances at Alice Tully Hall, Carnegie Hall, the Kennedy Center, the Grand Hall of the Moscow Conservatory, and Warsaw’s National Philharmonic.

Armstrong’s orchestral engagements across the globe have seen him perform more than 50 concertos in repertoire ranging from Bach to Babbit and beyond. He has performed with such conductors as Peter Oundjian, Itzhak Perlman, Günther Herbig, Stefan Sanderling, Jean-Marie Zeitouni, and Stanislaw Skrowaczewski, and has appeared in solo recitals in chamber music concerts with violinist James Ehnes, cellist Robert deMaine, the Elias, Alexander, American and Manhattan String Quartets, and as a member of the Caramoor Virtuosi and the Jupiter Symphony Chamber Players.

Andrew’s debut solo CD featuring Rachmaninoff’s Second Piano Sonata and Mussorgsky’s Pictures at an Exhibition was released to great critical acclaim: “I have heard few pianists play [Rachmaninoff’s Second Piano Sonata], recorded or in concert, with such dazzling clarity and confidence” (American Record Guide). He followed that success with a disc of works by Chopin, Liszt, Debussy, and the world premiere recording of Bielawa’s Wait for piano and drone.

He has released several award-winning recordings with his longtime recital partner James Ehnes, including the 2016 Juno Award-winning recital disc of works by Franck and Strauss, 3 volumes of the music of Béla Bartók, Prokofiev’s Violin Sonatas nos. 1 and 2 and Five Melodies, Tartini’s Devil’s Trill, Leclair’s Tambourin Sonata, and a new release featuring pieces by Debussy, Elgar, and Respighi (Onyx Classics).

Armstrong is devoted to outreach programs and playing for children. In addition to his many concerts, his performances are heard regularly on National Public Radio and WQXR, New York City’s premier classical music station.

Grammy and Juno Award-winning conductor/composer Bramwell Tovey was appointed Music Director of the Vancouver Symphony Orchestra in 2000, and now also serves as Artistic Adviser of the VSO School of Music. Under his leadership, the VSO has toured to China, Korea, across Canada, and the United States.

A renowned composer, Tovey won a 2003 Juno Award for Requiem for a Charred Skull. Commissions include the New York and Los Angeles Philharmonics, the Toronto Symphony, and the Calgary Opera, who premiered his first full length opera The Inventor in 2011. Tovey has appeared as piano soloist with major orchestras including the New York, Sydney, Melbourne, Los Angeles, Pittsburgh, St. Louis, Toronto, Royal Philharmonic, and Royal Scottish.

Tovey is an Honorary Officer of the Order of Canada, a Fellow of the Royal Academy of Music (U.K.) and the Royal Conservatory of Music (Toronto) and holds honorary degrees from the universities of British Columbia, Manitoba, Kwantlen, and Winnipeg.