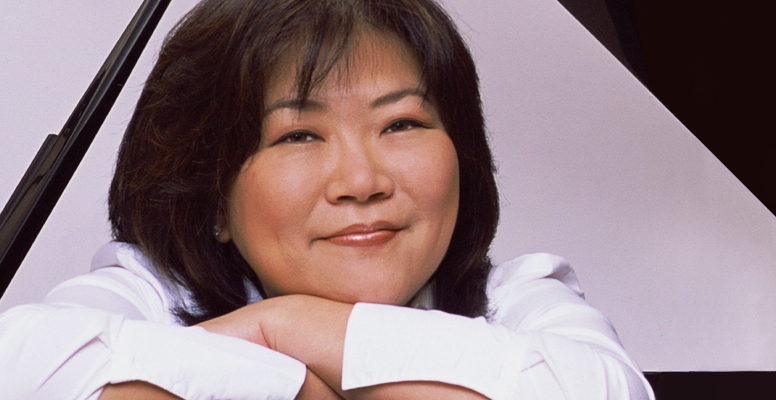 Beethoven’s First Piano Concerto is a masterpiece of epic proportions, with its grand scope, boundless energy, and rich emotional depth. And Angela Cheng is one of Canada’s top virtuoso pianists, with her “powerful sound” and “clean, crisp, and flawless” playing (Vancouver Sun).

“The Piano Concerto no. 1 by Beethoven was not Beethoven’s first piano concerto!” says Cheng.

“He had written two other concerti before this one, but he chose to publish this as his ‘first’. I believe that this work truly represents him, with all its vigor, virtuosity, charm, and deep emotional expressiveness, making this one of the great masterpieces in the genre.”

Cheng has toured around the world, performing in Europe, China, South America, and with virtually every orchestra in Canada. She has made multiple recordings for CBC and is a Gold Medallist of the Arthur Rubinstein International Piano Masters Competition, as well as the first Canadian to win the prestigious Montreal International Piano Competition.

The concert will also feature Schubert’s magnificent “Unfinished” Symphony, performed together in an intimate pairing with Schumann’s Overture, Scherzo and Finale.

This will be the orchestra’s first performance with the concert’s guest conductor, Andreas Delfs. Delfs is a German-American conductor who frequently conducts orchestras around the world, and currently serves as Conductor Laureate of the Milwaukee Symphony Orchestra. He has also served as Music Director of the Saint Paul Chamber Orchestra and the Bern Opera.

“This is no such attempt. I merely suggest an intimate program pairing that allows you to meet an old beloved friend in a new inspiring landscape – I very much hope you enjoy it.”

The full concert program will include:

Tickets for this concert are limited! Single tickets begin at $30 (HST included), or you can save up to 35% by purchasing a ticket package. Tickets are available at the Dalhousie Arts Centre Box Office (6101 University Avenue, Halifax), at 902.494.3820, or online at symphonynovascotia.ca. 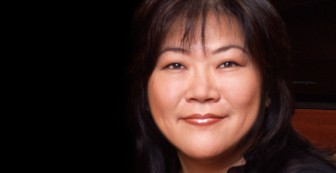 Consistently praised for her brilliant technique, tonal beauty and superb musicianship, Canadian pianist Angela Cheng is one of her country’s national treasures. In addition to regular guest appearances with virtually every orchestra in Canada, she has performed with the symphonies of Alabama, Annapolis, Colorado, Houston, Indianapolis, Saint Louis, San Diego, Utah, and Israel, among others.

In 2012, Cheng made her highly acclaimed Carnegie Hall debut with the Edmonton Symphony. Later that year, she appeared at the prestigious Salzburg Festival in a recital with Pinchas Zukerman.

In 2009, at the invitation of Pinchas Zukerman, Cheng toured both Europe and China as a member of the Zukerman Chamber Players, and as Zukerman’s collaborative pianist. She joined them again in 2010 for a U.S. tour, which included a concert at the Kennedy Center. Subsequent seasons have seen multiple tours of Europe and South America, including performances at the Musikverein in Vienna, the Concertgebouw in Amsterdam, and the Schleswig-Holstein and Ravinia festivals. As a member of the Zukerman Trio, with Zukerman and cellist Amanda Forsyth, she made her debuts at the Verbier, Edinburgh, Miyazaki, and Enescu/Romania Festivals in 2013. The Zukerman Trio will continue touring in the 2016/17 season with performances in Australia, Asia, Scandinavia, Europe, and the U.S.

An avid recitalist, Cheng appears regularly on recital series throughout the United States and Canada and has collaborated with numerous chamber ensembles including the Takács, Colorado, and Vogler quartets.

She has made several recordings for CBC, including discs of Mozart and Shostakovich concertos, as well as a CD of four Spanish concertos with Hans Graf and the Calgary Philharmonic. Most recently, an all-Chopin recital CD was released by Universal Music Canada. 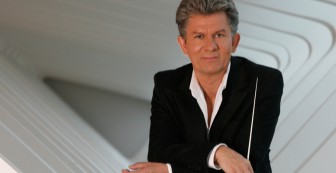 Andreas Delfs has held chief artistic posts with several orchestras both in North America and Europe. Music Director (1996-2009) and Conductor Laureate (2009-2015) of the Milwaukee Symphony Orchestra, Delfs was instrumental in the orchestra’s rise to national prominence. He has also led the Saint Paul Chamber Orchestra as Music Director (2001-2004) and Artistic Consultant (2004-2006). He served as General Music Director of Hannover, Germany (1995-2000), conducting the symphony orchestra and opera company. Prior to his time in Hannover, he was Music Director of the Bern Opera, resident conductor of the Pittsburgh Symphony (during the tenure of Lorin Maazel), and Music Director, at an early age, of the Orchestre Suisse des Jeunes.

Born in Flensburg, Germany, Delfs began studying piano and music theory at age five. He studied with Christoph von Dohnányi and Aldo Ceccato at the Hamburg Conservatory. At 20, he became the youngest ever Music Director of the Hamburg University Orchestra and Musical Assistant at the Hamburg State Opera. Enrolling at The Juilliard School, he studied with Jorge Mester and Sixten Ehrling and won the Bruno Walter Memorial Scholarship.

Having conducted numerous world premieres, Delfs has close links with many of today’s composers. He counts among his profound musical inspirations musicians such as John Corigliano, Philip Glass, Roberto Sierra, and Hans Werner Henze. He is the frequent partner to many of the world’s most renowned solo artists, including Emanuel Ax, Joshua Bell, Yo Yo Ma, and Renée Fleming.

Among Delfs’ most notable operatic achievements have been his highly praised debut with the New York City Opera conducting performances of Carmen, a production of the uncut version of Hans Werner Henze’s monumental König Hirsch for the Württemberg State Theatre in Stuttgart, and a highly acclaimed production of Ariadne auf Naxos with Washington National Opera. He led four productions at the Aspen Music Festival and gave the Swiss premiere of György Ligeti’s Le Grand Macabre, which received special praise from the composer.