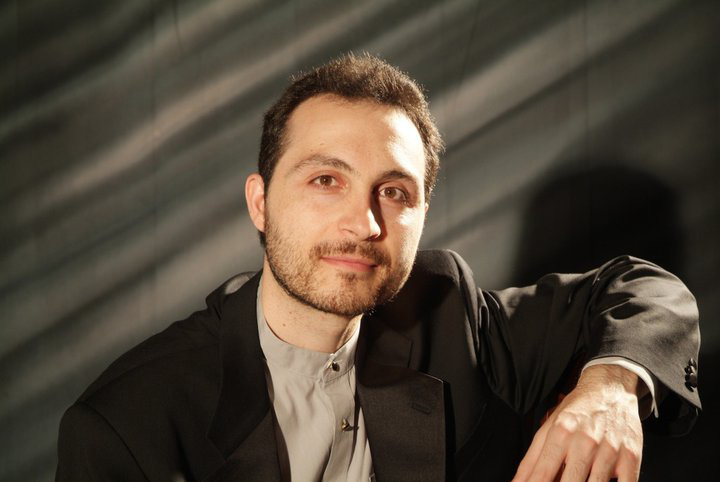 Symphony Nova Scotia celebrates some of Russia’s greatest composers next week with its highly anticipated four-concert Rachmaninoff Festival.
From April 29 to May 3, Symphony Nova Scotia expands its orchestra with 30 additional musicians to present rare performances of some of Russia’s most beloved classical works, including Rachmaninoff’s spectacular Second and Third Piano Concertos, Rimsky-Korsakov’s colourful Scheherazade, and Mussorgsky’s powerful Pictures at an Exhibition.

None of these works has been performed by Symphony Nova Scotia in the last decade, and several haven’t been performed in almost 20 years. The orchestra’s last performance of Rachmaninoff’s Third Piano Concerto was in 1998, and Pictures at an Exhibition hasn’t been performed by the orchestra since 1997.
“If you can call two Festival programs really sensational, it’s these ones,” says Maestro Bernhard Gueller, who will be conducting each of the Festival’s full-orchestra concerts.

“You can’t possibly fit more hits into two programs than we have this time. It will be spectacular, and I’m looking forward to it already.”

The Festival’s special guest will be pianist Antonio Pompa-Baldi, a multiple-award-winning Italian-American pianist whose career has taken him all over the world. Media acclaim for Pompa-Baldi includes:

“I conducted both Rachmaninoff concerti with Antonio in Cape Town, and he is absolutely sensational,” says Gueller.

“I couldn’t believe it. I know these concerti very well, and he performed them with such clarity and musical ability as I’d never heard. I’m extremely happy that he’s agreed to come here.”

Sit back and relax with your favourite drink at the Carleton as Symphony Nova Scotia relaunches its popular annual “Musically Speaking” concert in a warm and relaxed setting.

Special guest host Nick Halley partners with Symphony Nova Scotia small ensembles to provide an insider’s look at the composers and stories behind some of the Festival’s greatest music.

Star pianist Antonio Pompa-Baldi joins Symphony Nova Scotia for its first performance of Rachmaninoff’s stunning Third Piano Concerto in almost two decades.
This electrifying, bombastic concerto has a reputation for being one of the most technically demanding concertos ever written, and its popularity only increased after being prominently featured in the 1996 Oscar-winning film Shine.

The orchestra also performs Mikhail Glinka’s Russlan and Ludmilla Overture and Nikolai Rimsky-Korsakov’s colourful and dazzling Scheherazade, based on the tale from Arabian Nights. Rimsky-Korsakov himself described Scheherazade at its premiere in 1888:

“The Sultan Schariar, convinced that all women are false and faithless, vowed to put to death each of his wives after the first nuptial night. But the Sultana Scheherazade saved her life by entertaining her lord with fascinating tales, told seriatim, for a thousand and one nights. The Sultan, consumed with curiosity, postponed from day to day the execution of his wife, and finally repudiated his bloody vow entirely.”

There will be a FREE pre-concert chat about this concert at 6:45 pm on Thursday, April 30, hosted by Adrian Hoffman.

PICTURES AT AN EXHIBITION
Sunday, May 3 at 7:30 pm
Rebecca Cohn Auditorium, Halifax
SOLD OUT!

Star pianist Antonio Pompa-Baldi once again partners with Symphony Nova Scotia, this time to perform Rachmaninoff’s brilliant and beloved Second Piano Concerto, one of the most popular piano concertos in the world.

Originally a suite for piano, this moody, powerful work was composed as a tribute to the memory of Mussorgsky’s friend, the artist Viktor Aleksandrovitch Hartmann.

There will be a FREE pre-concert chat about this concert at 6:45 pm on Sunday, May 3, hosted by Adrian Hoffman.

The Festival is almost sold out, so get your tickets now! Call 902.494.3820 or visit symphonynovascotia.ca.

BEHIND THE SCENES WITH MAESTRO BERNHARD GUELLER: THE RACHMANINOFF FESTIVAL

Antonio Pompa-Baldi, piano
Born and raised in Foggia, Italy, Antonio Pompa-Baldi first came to the U.S. in 1999 to participate in the Cleveland International Piano Competition. He won first prize, and embarked on a career that continues to extend across five continents.

A top prize winner at the 1998 Marguerite Long-Jacques Thibaud Competition of Paris, France, Pompa-Baldi also won a silver medal at the 2001 Van Cliburn International Piano Competition, as well as the Award for the Best Performance of a New Work.

A passionate chamber musician, Antonio Pompa-Baldi is a frequent guest at events like the Amelia Island Chamber Music Festival, the Music in the Mountains Festival (Durango, CO), Strings in the mountains (Steambot Springs, CO), and the Fort Worth Chamber Music Society Series among others, collaborating with such ensembles as the Takacs and Cavani String Quartets, as well as principals of leading orchestras such as the Cleveland Orchestra and the Dallas and Fort Worth Symphonies.

Pompa-Baldi has been seen and heard many times on French National Television, Radio-France, Ukrainian National Television, Cleveland’s WCLV, Boston’s WGBH, and National Public Radio’s “Performance Today”. He was featured in the PBS documentary on the Eleventh Van Cliburn International Piano Competition “Playing on the Edge”, which premiered in October 2001 in USA and Canada.

Pompa-Baldi is a Steinway Artist. He serves as Distinguished Professor of Piano at the Cleveland Institute of Music, and gives master-classes around the world, both in conjunction with his performing engagements, and at summer festivals including Piano Fest in the Hamptons, TCU-Cliburn Institute, Southeastern Piano Festival (University of South Carolina School of Music), Paisiello Academy (Lucera, Italy), Amalfi Coast Festival, and Napolinova Academy (Naples, Italy). He helped found the Academia Manuel Rueda in Santo Domingo, where he also gives regular master classes.