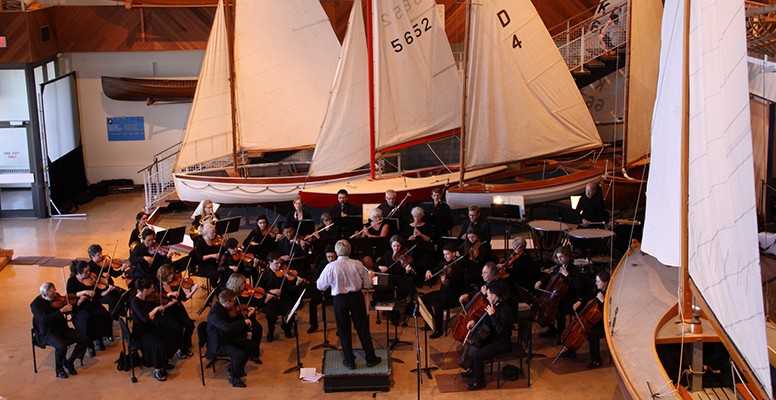 Symphony Nova Scotia presents a series of free concerts and special events during its eighth annual Symphony Week, in conjunction with the nationwide arts celebration Culture Days. The combined week of free performances will run from Tuesday, September 22 to Sunday, September 27.

The week of festivities will feature Symphony Nova Scotia musicians giving free, live performances at venues like the Alderney Landing Theatre, Woodlawn Public Library, and the Maritime Museum of the Atlantic. Performances will include everything from children’s music to orchestral concerts featuring the entire Symphony.

This will be Symphony Nova Scotia’s sixth year participating in Culture Days, an interactive, free-of-charge festival celebrating arts and culture from coast to coast to coast. For the full Culture Days schedule, visit www.culturedays.ca.

“We’ll showcase our upcoming concerts and present some of our most beloved education programs, giving free public concerts across the city and providing musical experiences for all ages. Symphony Week is an incredible opportunity for us to share orchestral music with our community.” 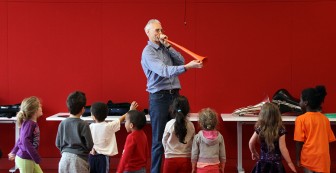 The orchestra performs highlights from its upcoming concert season, including excerpts from Holst’s The Planets, John Williams’ Superman, and The Nutcracker. The program also features Dalhousie University student Lindsay Connolly performing one of Schubert’s delightful songs with the orchestra.

Saturday, Sept. 26, 2015, 10:30 & 11:15 am
MUSICAL MUNCHKINS AT WOODLAWN PUBLIC LIBRARY
Introduce your preschooler to music in a fun and comfortable environment! Two Symphony musicians show off their instruments, while children dance, conduct, and express the sounds through motion.

Sunday, Sept. 27, 2015, 3:00 pm
SYMPHONY AT THE MARITIME MUSEUM OF THE ATLANTIC *
Featuring conductor Martin MacDonald and mezzo-soprano Lindsay Connolly
Symphony Nova Scotia returns to the Maritime Museum of the Atlantic for one of its most popular Symphony Week and Culture Days events. Hear highlights from the orchestra’s upcoming concert season, including excerpts from Holst’s The Planets, John Williams’ Superman, and The Nutcracker. Come early to get a seat!

* Please note that the concerts at the VIA Train Station, the Halifax Stanfield International Airport, Alderney Landing, and the Maritime Museum will all feature the same program.

Symphony Nova Scotia’s Symphony Week also includes free performances for residents at Shannex at the Gardens and the Berkeley on Green Street, as well as a performance at the 20th anniversary Port of Wines Winemakers’ Dinner, a gourmet multi-course feast featuring award-winning wine and music. For tickets or more details about the Winemakers’ Dinner, click here.
All public events during Symphony Week and Culture Days are free to attend. For more information about Symphony Week, call 902.421.1300 or visit www.symphonynovascotia.ca.