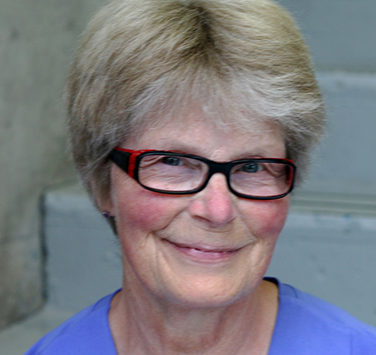 Yvonne DeRoller grew up in Irondequoit, New York, a suburb of Rochester. She was fortunate to have had an amazing public school music teacher, Nancy Grammar, who started her on viola in fourth grade and paid for her lessons at Eastman School of Music. The school music program was mandatory, and the high school orchestra competed in Albany every year at the top level. She went on to earn a Bachelor’s degree in Applied Music, with a double major in Music Education and English, at SUNY Fredonia, and a Master’s degree in Viola Performance at New England Conservatory in Boston. Her teachers were Charles Joseph and Burton Fine.

Yvonne came to Nova Scotia in 1978 to join the Atlantic Symphony Orchestra after spending the summer as a Tanglewood fellow. When the ASO went bankrupt, she played in the SMTS orchestra and started the first Suzuki School in Halifax in 1982. She is grateful to have won her audition again when Symphony Nova Scotia added section players. The 2022/23 season marks her 45th in the viola section.

An avid proponent of music education, Yvonne has taught private violin and viola for over 40 years. She has also been the viola coach for the Nova Scotia Youth Orchestra since the 1980s, and was the Managing Director of the NSYO for 10 years.

This season is her fifth as Chair of the Symphony Nova Scotia Players’ Association, and as a member of the Finance Committee.

She has been working as a professional and support volunteer at Hospice Halifax for three years.

In her free time, she enjoys sewing baby quilts, spending time in her garden, and watching too much British television.

Musician Representative on the Board.